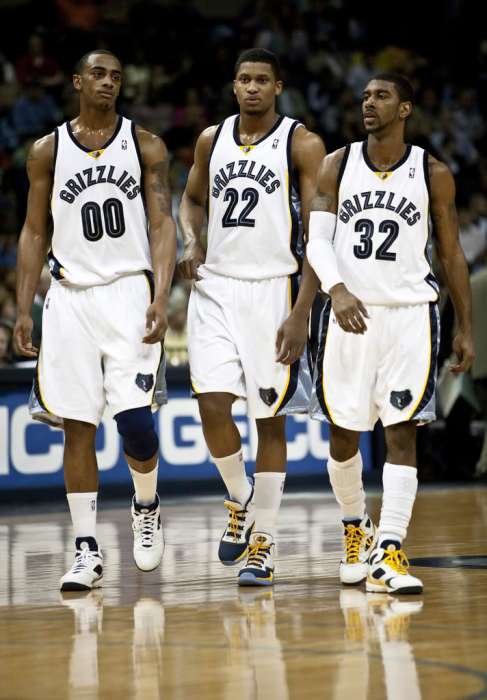 The past three NBA Drafts have not been great for the Memphis Grizzlies. Last year’s draft the Grizzlies had one pick and selected Josh Selby. The verdict is still out on Selby, he might turn out to be a good player or a bust. The 2011 draft the Grizzlies selected Xavier Henry and Greivis Vasquez. Both players were trade to the Hornets this past year. But who can forget 2010 draft, the draft that we past up on players like James Harden, Curry and Evans for Thabeet. The Grizzlies also selected Carroll and Sam Young. All three players were traded also.

So the Grizzlies have wasted their last three drafts. They got some good pieces in return for those trades, but think about the players they could have had. I say trade the pick for money to keep your core.

The Grizzlies needs are a back-up point guard that Lionel has confidence in playing and a shooter that can help spread the floor. My opinion, is that they won’t find this at the 25th pick in the draft. That is why I say to trade the pick for cash. Try to find veterans to help at these positions.

The Grizzlies have yet to see how great this team can be at full strength. Arthur was pose to have a big season last year, but injuries cause that not to happen. Zach’s injury cost us a lot too as while. The year before, Rudy was injured.

So my plan would be to trade the pick for money. Do everything you can to keep O.J. and Mo Speigths. Mo can back-up Marc at center and Zach if Arthur hasn’t fully recovered. I don’t want to see O.J. Mayo leave the team. Our second unit can’t afford to lose his offensive production.

Trade the pick Grizzlies, for money this time and keep the core!